<
BUNDEGAARD
"Ihr Bild hat mich sofort angesprungen und gepackt."
EVA S., München
"Nu hänger bilden här hemma och jag slutar aldrig förundras över hur mycket kraft och utstrålning den har i sig."
GUNILLA ORANDER, Stockholm
Born 1961 in Aarhus (Denmark), Christian Bundegaard has studied painting under Gunnar Thulesen (1936-1979), architecture and philosophy and is the author of several books. Currently, he divides his time between his studios on the Danish island of Bornholm and in Sóller on Mallorca.
"I like spaces. In particular, the space between the world and the world as we see it. Close to nature, to the landscape; the meeting of sea and land. Quiet, beauty, view. And some disturbance in the spaces in between."
MARGRETHE VESTAGER, Brussels

Works by Bundegaard are represented in the collections of
THE UNITED NATIONS OFFICE AT GENEVA, Geneva
THE EUROPEAN COMMISSION, Brussels
THE DANISH MINISTRY FOR ECONOMIC AFFAIRS AND THE INTERIOR, Copenhagen
THE DANISH INSTITUTE FOR INTERNATIONAL STUDIES, Copenhagen
THE RAOUL WALLENBERG INSTITUTE FOR HUMAN RIGHTS, Lund
JP-POLITIKENS HUS, Copenhagen
Exhibitions
GALLERI MUSEUM, COPENHAGEN 1988
SKABELONLOFTET, COPENHAGEN 2011
DANISH INSTITUTE FOR INTERNATIONAL STUDIES, COPENHAGEN 2012
SKABELONLOFTET, COPENHAGEN 2013
GALLERY RIALTO LIVING, PALMA 2017
KUNSTFORENINGEN LIMFJORDENS CENSUREREDE
EFTERÅRSUDSTILLING 2019
BORNHOLMS CENSUREREDE FORÅRSUDSTILLING 2021
"The first time I met Christian and saw his paintings, I was very surprised when he introduced himself as a landscape painter… But after a second thought and having found the "key" in my observation it became so clear and true – something that at a first glance was totally abstract is now a mountain with a blue sky or a stone wall in the Mallorquin landscape."
BARBARA BERGMAN, Rialto Living, Palma de Mallorca
"One slab, two slabs, three slabs of paint and suddenly the city of Vienna stands out in a carefully orchestrated rhythm that only Christian can create in his paintings that continue to speak to us year after year and often in surprisingly new ways."
METTE HARTLEV & MORTEN KJÆRUM, Copenhagen

"We are the proud owners of a number of Christian Bundegaard's paintings, which give us an enormous amount of pleasure every day, and are frequently admired. There's always a hint of intrigue that makes you look again and again."
SUSSI & GEOFFREY LOADES, Geneva 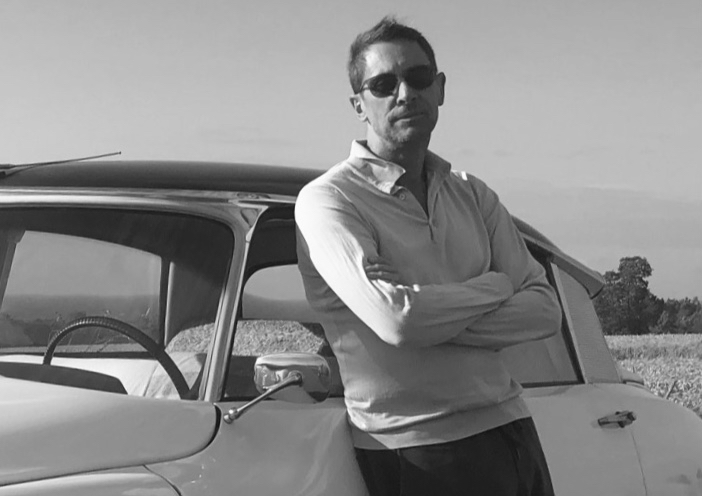